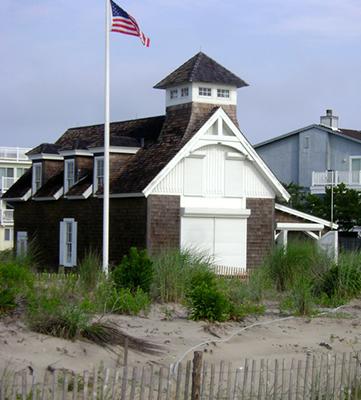 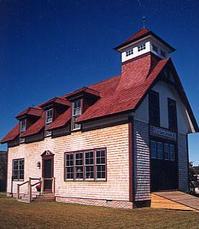 In 1947 the building was decommissioned under the leadership of Captain Joseph Walker who later purchased the building and moved it north on Highway One in an area now called the Forgotten Mile, High One between Dewey and Rehoboth.  It was converted into the Walker family home.  He and his wife raised three children there.  After Capt. Walker's death his widow remained in the Station until 1971.

In 1987, the Town of Dewey attempted to purchase the historical building with hopes of moving it back to its origin location on Dagsworthy Street and restoring it. The cost made the design and creation of a new building economically more feasible.   Former Dewey Beach Commissioner Alex Pires was chairman of the Life-Saving Station Committee, which organized a fundraising drive with private donations reaching $35,000.  The Town also used a Bicentennial grant of $30,000 and $37,000 from the Town's land funds.    A detailed copy of the orginal station was completed in 1988 giving back to Dewey a recreation of ths piece of Town history.

In 1998, the former Rehoboth Beach Life-Saving Station was moved from Route One to Lewes by private owners   It was restored and now a private home on Fourth Street in Shipcarpenter Square in Lewis, Delaware.

Today, the Lifesaving Station serves as the headquarters for the Lifeguards, as well as the location of Dewey Beach Town and Committee Meetings.