Storms of The Past

Home
>
Departments
>
Administration
>
Storms of The Past 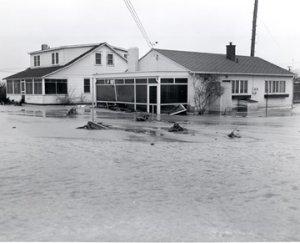 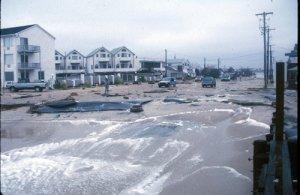 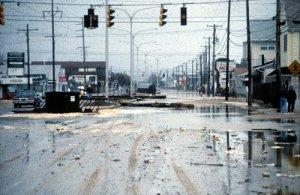 In October of 2011 Hurricane Sandy pounded the East Coast and made landfall just north of Delaware in Southern New Jersey. Dewey Beach was inundated with flood water on the side of the streets, leaving just the tops of some mailboxes in view. Some bayside businesses were flooded, and the wind ripped some signs off of their poles. The town made oout well considering the damage that could have occured if the storm would have made landfall just aa little bit further south.

In 1962 there was a three-day Nor’easter that began on March 6th. For 60 hours the coast was hit with gale winds, high tides and a cold rain. In Dewey Beach, the Atlantic Ocean breached the dunes and over-ran the town. Because this storm system stalled directly off of Delaware's coast for three days and coincided with the highest monthly astronomical tides, the storm tides and storm surge caused extensive flooding and enabled 20 foot ocean waves to crash against homes and businesses. During the 1962 storm, entire sections of Dewey between the Atlantic Ocean and Rehoboth Bay were entirely under water, as tides in Rehoboth Bay also reached extreme heights.

Of the 19 worst recorded storms to hit the Delaware coast in the last century, seven of them occurred in the 1990’s, and 80% of these coastal storms were nor'easters. This is also the decade in which more than half of the thirty highest tides since 1936 were recorded at Breakwater Harbor (Delaware Bay). On January 4,1992, the coast was hit by a Nor’easter that produced 9.02 foot tide, the second highest tide ever recorded in Delaware. In Dewey Beach, most of the dunes were washed away and there was severe flooding and property damage. Once again, the ocean met the bay. It happened again in 1998, when another Nor’easter on January 28th produced a tide of 8.95 feet. One week later, on February 5, 1998, another severe Nor'easter pounded Delaware's coast with tides of 8.76 feet. The cumulative effect of two severe northeast storms hitting the coast within one week was devastating to the beaches and dunes, resulting in flooding, overwash and property damage in Dewey Beach.

Our biggest concern today is the increase in population and building density. While we have better warning and communications, our roads are severely taxed and property damage has the potential to be extreme. All property owners and residents of Dewey Beach should be aware of the damage potential of coastal storms, and should take the necessary steps to minimize damage and to prepare and protect themselves and their property before the next coastal storm hits.

For more information, visit the University of Delaware College of Marine Studies website at: